This author has yet to write their bio.Meanwhile lets just say that we are proud SPA_admin contributed a whooping 161 entries.

The Scottish Political Archive’s crowdfunder is still live to produce a graphic history of the Scottish Parliament, to be freely distributed to all secondary schools and public libraries in Scotland. Please visit the crowdfunding site to learn more about our plans.

We were recently given several vinyl records produced by the SNP in the mid 1970s. They included this record Freedom, Scotland, Freedom which was released by The Clansmen in 1975 It includes a letter of support by Winnie Ewing, the then MP for Moray and Nairn. Songs include Give the Oil Away, Scots Wha Hae […]

Quite often we get historical additions to the archive which have contemporary relevance and today is no exception. We were gifted a bundle of leaflets relating to the 1975 Referendum on the European Community (Common Market). The leaflets and pamphlets include material from Britain in Europe and the National Referendum campaign alongside official information literature […]

Campaign literature has changed over the years. Here is a leaflet from the Stirling branch SNP targeting housewives in Stirling in 1950 / 1951.

The archive has just been donated a few boxes of election materials. Amongst party political material we have found leaflets relating to Democracy for Scotland and the Scotland Demands Democracy march and summit. The march for Scottish democracy was attended by approximately 30,000 people on 12 December, 1992 to coincide with the European Summit held […]

We often get new items into the archive which are intriguing and this new £1 note is no exception. We are hoping that someone will be able to help us and tell us more about who was responsible for stamping notes like these and how many may have been in circulation. The note itself was […]

We often receive new additions to the archive in the post. This leaflet arrived recently – it derives from around 1968 / 69 and discusses Scotland’s possible entry into the Common Market

William McIlvanney at the Bus Party, 1997 tour Accession Number: SPA.BP.1997.1.4.1.1 In 1997, William McIlvanney led a group of fellow artists on a bus tour round Scotland in the run up to the referendum on the Scottish Parliament. They were listening to local people’s views on the kind of Scotland they wanted to live in […]

We are delighted that this week SPA is hosting the ‘Flying Archivist’ Sophie Bossaert.  Sophie is from NISE, the Centre of expertise in National Movements and Intermediary Structures in Europe (NISE) and the Archives & Research Centre of the Flemish Movement (ADVN).  In cooperation with EFA (European Free Alliance) they organise the project “Flying Archivist” […] 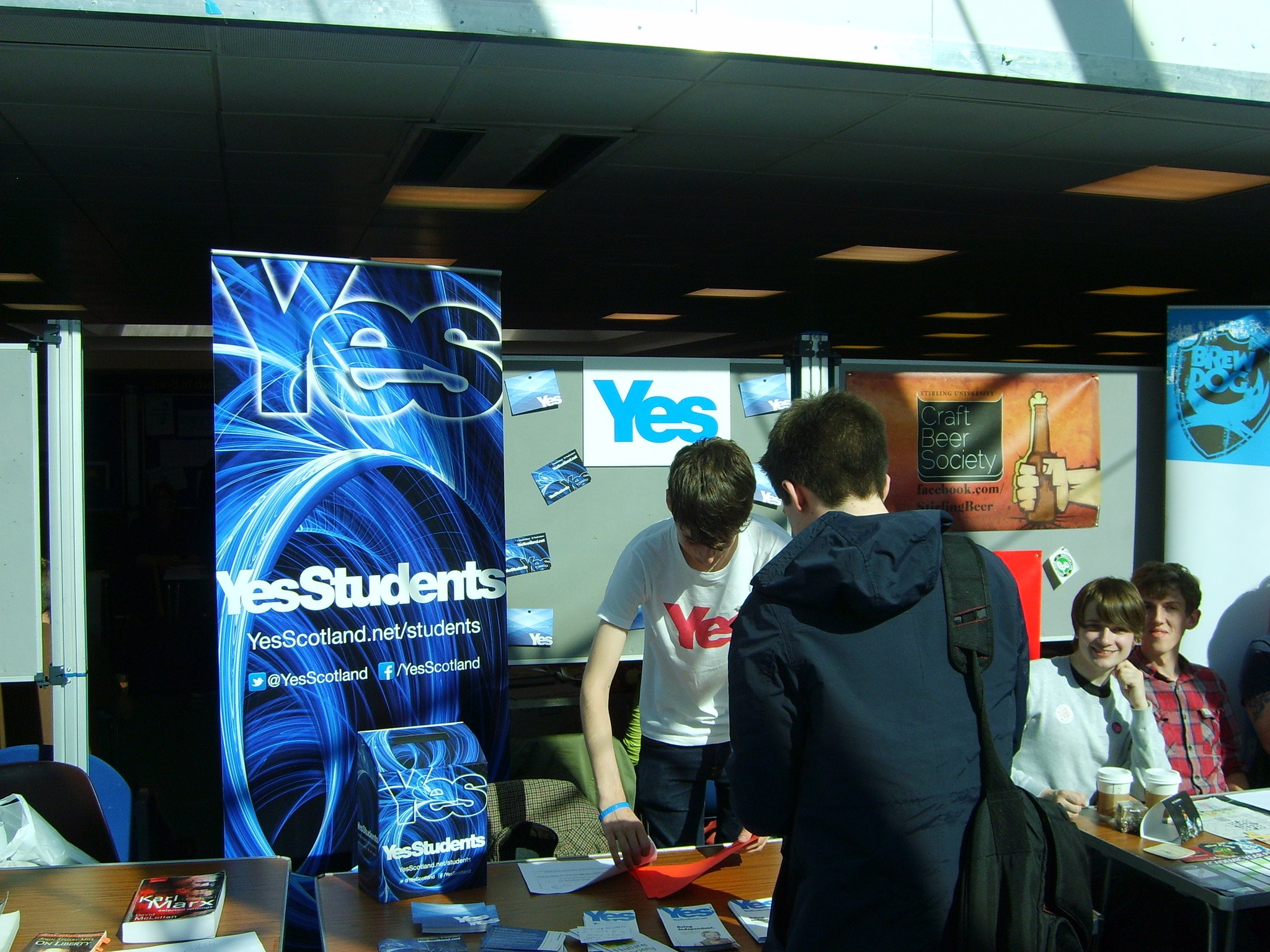