SPA photographers were out taking photos at the 2018 Edinburgh March for Independence earlier this month.  The march was held on Saturday 6th October 2018. Marchers met at Johnston Terrace and then marched down the Royal Mile before congregating at the Scottish Parliament and then Holyrood Park.
The march was organised by All Under One Banner. They are a Pro-Independence organisation whose core aim is to

“march at regular intervals until Scotland is Free. We will host public processions in support of Scotland regaining Independence. Marching as All Under One Banner, we are open to everyone who desires to live in an independent nation.”

Organisers estimated that more than 100,000 people took part in the march through the capital in what was hailed as the “biggest and boldest” demonstration for independence in Scotland’s history. 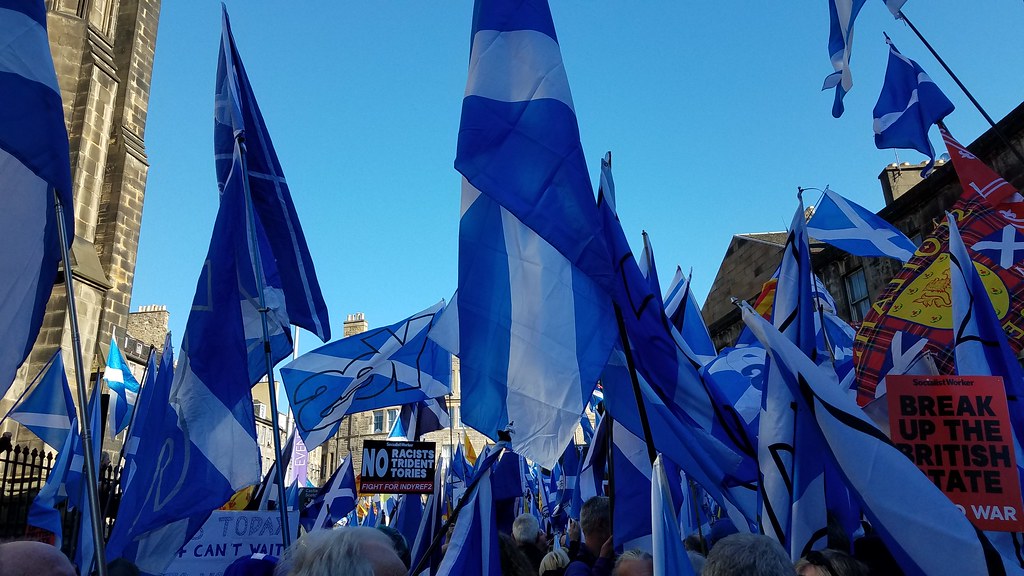 As always if you have any photographs of political events please get in touch with us. scottishpoliticalarchive@stir.ac.uk

New addition to the archive
Scroll to top