Today marks 21 years since the 1997 devolution referendum and looking through the archive we came across this leaflet which detailed the result of the vote in different regions across Scotland. 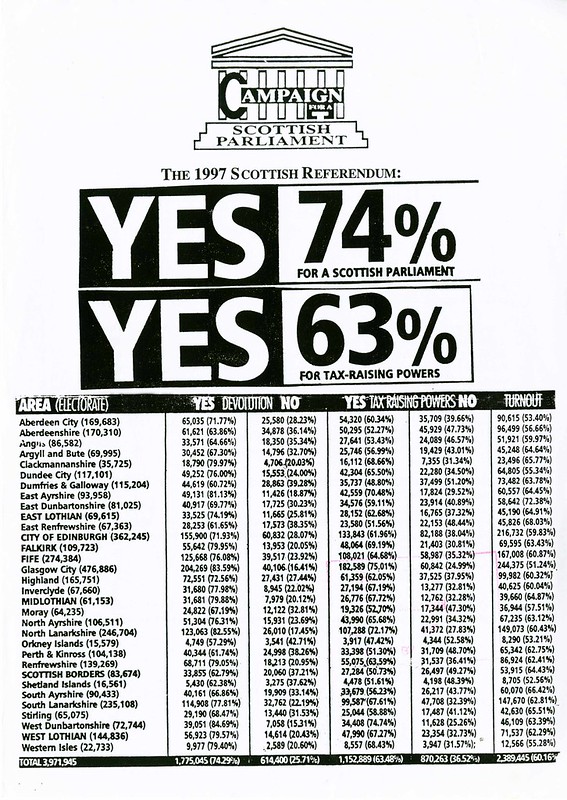 This leaflet was published by the Campaign for a Scottish Parliament who campaigned for a vote to support the establishment of a Scottish parliament, and the granting of tax-varying powers to such a body.

Overall 74.29% of the electorate voted yes to a Scottish Parliament and 63.48% voted that the Parliament should have tax-varying powers

Can you help us date this sticker?
Scroll to top