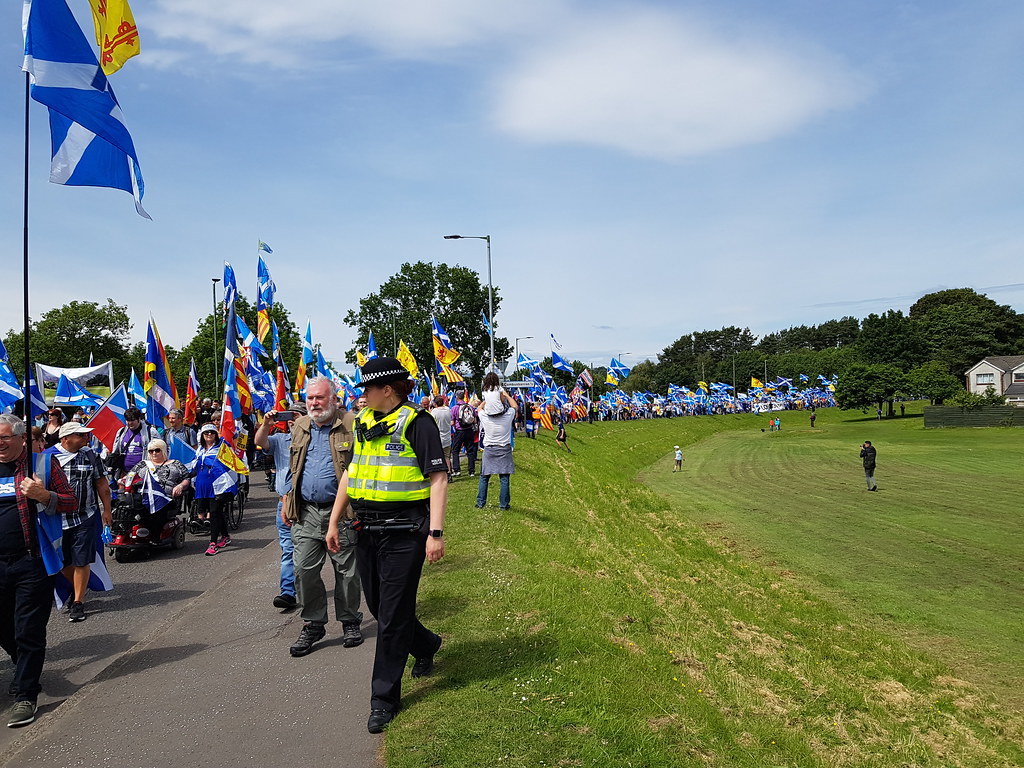 Working for the archive often means we are out and about documenting political activity in Scotland.  On the 23rd June we went out on a very sunny day to photograph the March for Independence and alongside an estimated 8,000 marchers we walked the two miles from King’s Park in Stirling to Bannockburn.
The march was organised by All Under One Banner, a Pro-Independence organisation whose core aim is “to march at regular intervals until Scotland is Free. We will host public processions in support of Scotland regaining Independence. Marching as All Under One Banner, we are open to everyone who desires to live in an independent nation”.