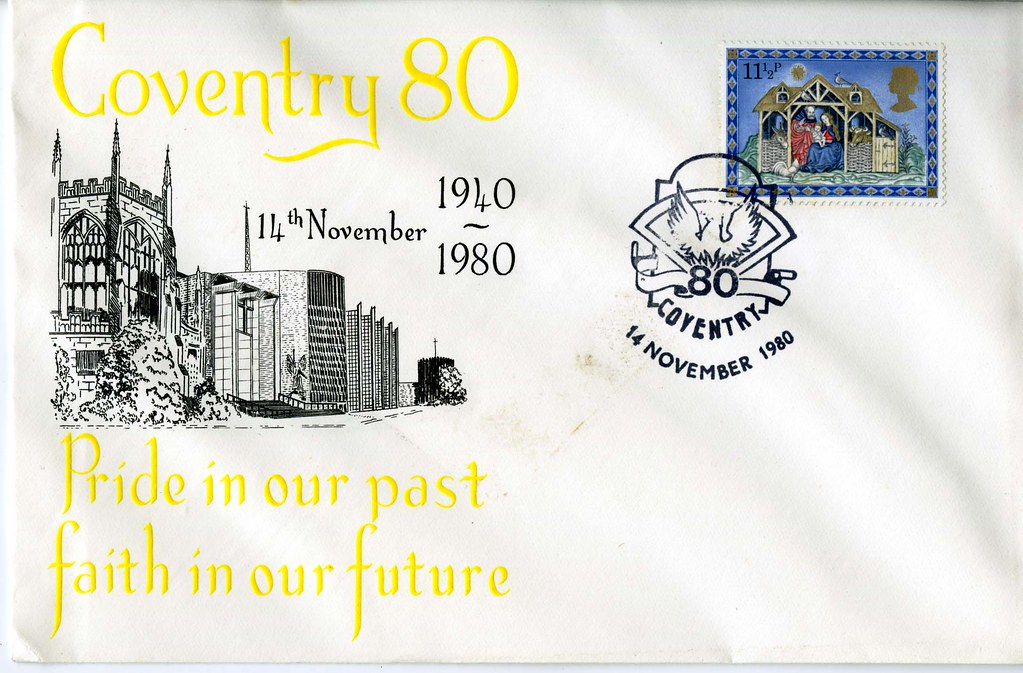 Coventry ’80 was an event organised by the citizens of Coventry to commemorate the blitz of the city on 14th November 1940.

Pride in our Past, Faith in Our Future aimed to remember the city’s destruction with sorrow for the losses and thankfulness for its resurrection but also to look to the future with realistic hope. This commemorative cover depicts the east end of the ruins of the old Cathedral which was destroyes on 14th November 1940, with the ‘south’ side of the Cathedral built alongside and consecrated in 1962.

This cover is held within the Kenyon Wright collection. Kenyon Wright was appointed Director of Urban Ministry at Coventry Cathedral in 1970 and then in 1974 was promoted to Canon Residentiary at the Cathedral and Director of its International Ministry. In 1980 he returned to Scotland as General Secretary of Scottish Council of Churches in Dunblane.

Photographing at the Stirling March for Independence
Scroll to top