Tracking down everyone associated with the Bus Party from either 1997 or 2014 is a challenge. And it’s one you can help us with  – we know who most of the people are in this photo:  we can identify from left to right Danus Skene (who drove the bus), Neal Ascherson, Will Storrar (standing tall on a box), William McIlvanney, folk music performers David Francis and Mhairi Campbell (with their bairn in a pram) and Alan Miller at the end. But who are the others? Can you help us to identify them and their roles in the Bus Party or with Common Cause? 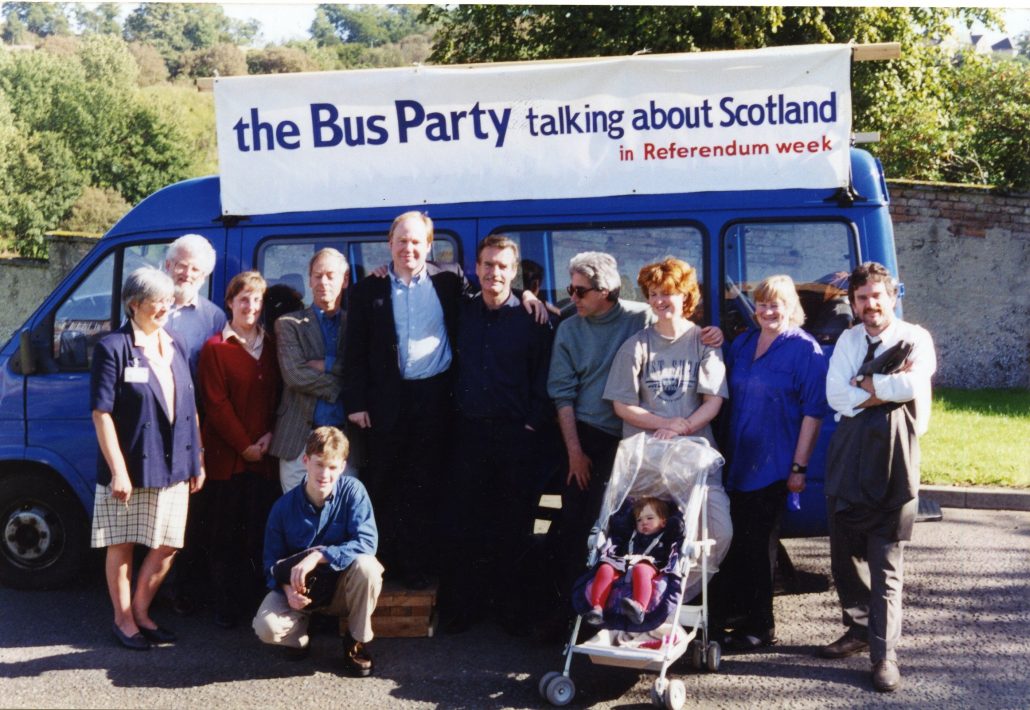 In 1997, this Bus Party undertook a dash around Scotland in the last days of the devolution referendum campaign  – covering 750 miles with meetings in Arbroath, Montrose, Aberdeen, Inverurie, Huntly, Keith and Inverness, before heading down to the South Lanarkshire and the Borders and back to Edinburgh. Other people joined them on the tour than just the folk pictured here and we’re keen to find out everyone who took part too.​

20 years today since the Scottish devolution referendum
Scroll to top