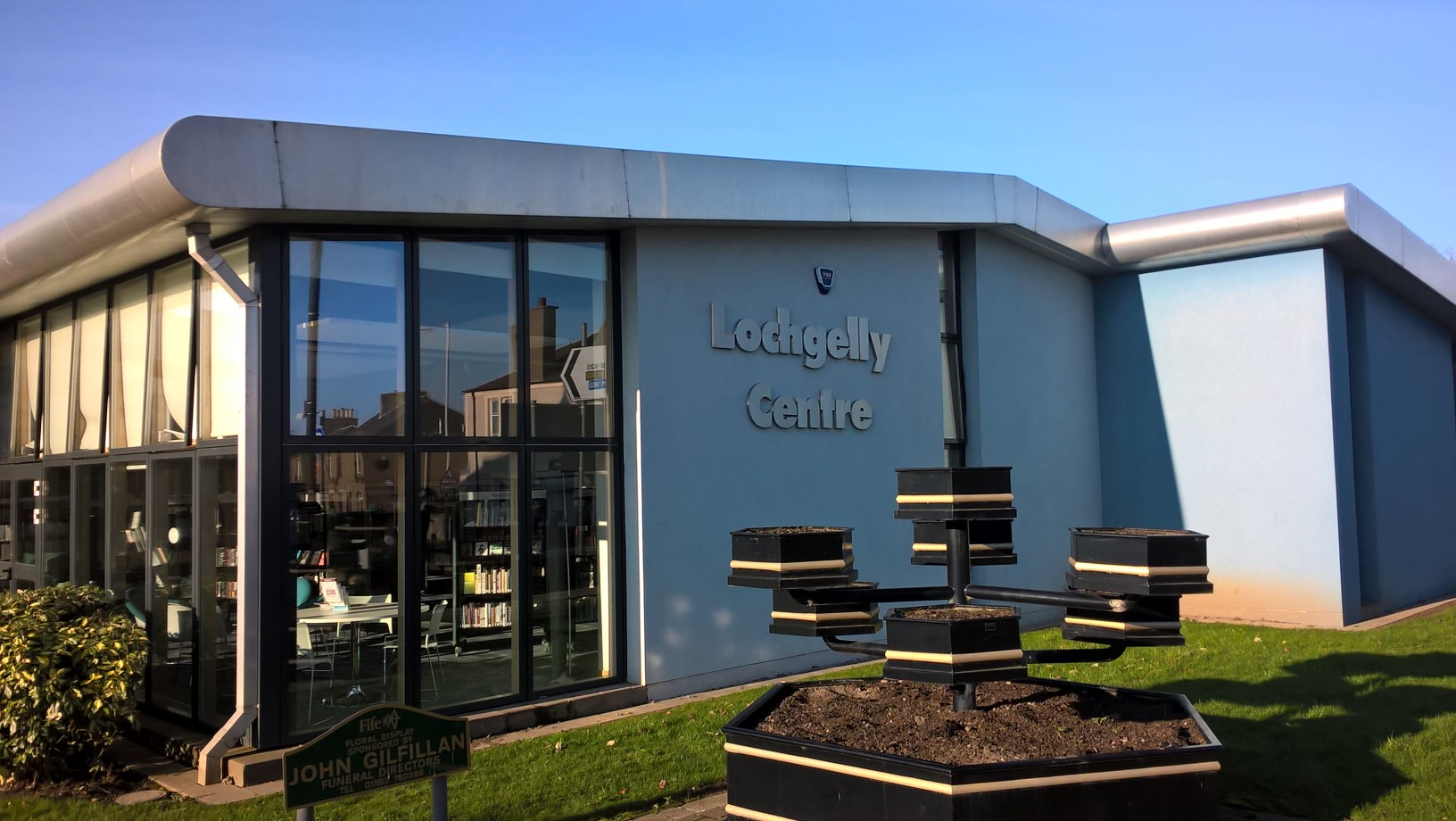 It’s not every day the archive team gets to go to Lochgelly – one by car, one by train, neither by bus as it turned out. But here we are, on a site visit for an exhibition.

If you don’t know Lochgelly, it’s a former mining town of just under 7000 souls in the heart of post-industrial Fife. Decades of Scots might remember Lochgelly because of the belt at school (like me for talking in class too much) and know little more about the town beyond its left-wing political background. It’s a place I visited on and off as a youngster because of relatives who used to lived in the town.

The reason we’re here is because of the Bus Party 2014 and specifically, their visit to Lochgelly on 28th May 2014. The Scottish Bus Party idea was all down to German author Günter Grass (a versatile author and artist born in the Free City of Danzig in 1927 who won the Nobel Prize for Literature in 1999).

Grass had organized a group of artists and writers onto a bus during the German election of 1965 to tour the country. They visited small towns and communities and sought to engage citizens in politics through music, writing and speeches: all to wake up a boring election and try to directly connect with voters through art.

Scots journalist Neal Ascherson covered Grass’s Bus Party efforts in the 1960s and helped instigate a similar effort in both 1997 and 2014 as a group of artists, musicians and writers got out on the road during the referendums to meet real people to discuss Scotland’s political future, with a song, poem and reading along the way.

Visiting means visiting but, it also means, measuring, discussing, coordinating and photographing: all important practical steps to see how our exhibition will actually work at the Lochgelly Centre on Bank Street. In short, every visit involves some serious planning work and when the exhibition arrives in Lochgelly, it will involve the work of installation too.