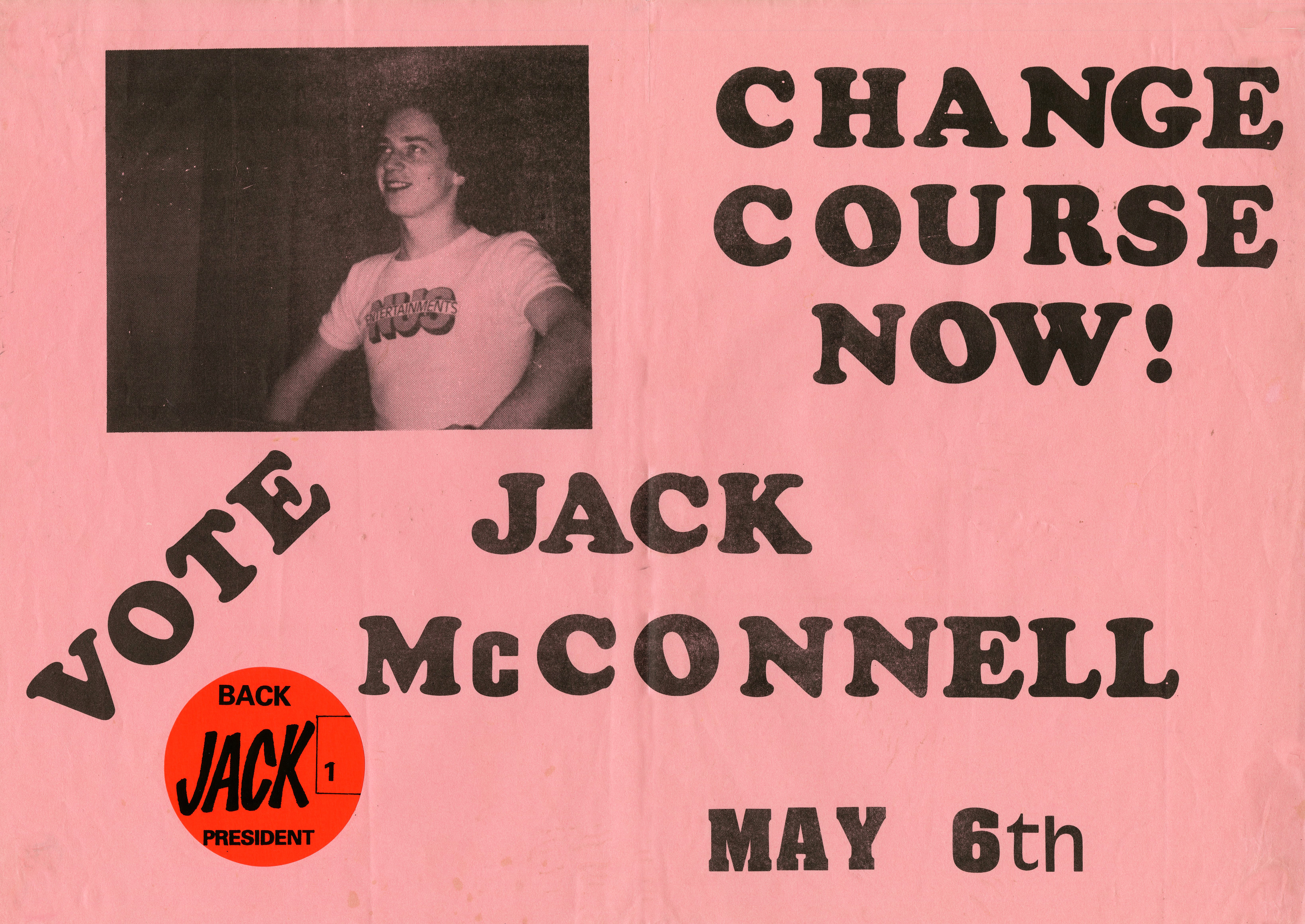 Lord McConnell is a graduate of Stirling University where he served as President of Stirling University Students Association between 1980-82 as well as Vice-President of NUS Scotland in 1982 -3. He graduated in 1983 and took up a post teaching maths in Lornshill Academy in Alloa. Between 1984 and 1993 he served as a Labour Councillor for Logie Ward on Stirling Council, where he held the following posts: Chair of the Leisure and Recreation Committee (1986-87), Equal Opportunities Committee (1986- 1990), Council treasurer (1988-1992) and Council Leader (1990- 1992).

Throughout the 1980s Lord McConnell was involved in the Labour Co-ordinating Committee (Scotland) as well as a founder member of Scottish Labour Action: each was responsible for developing Labour policy in Scotland. He was appointed General Secretary of the Scottish Labour Party in 1992, a position he held until 1998, during which time he was a key member of the Scottish Constitutional Convention which designed the current devolution settlement. Between 1999 and 2011 he was returned as the Labour MSP for Motherwell and Wishaw, successively holding the positions of Minister for Finance (1999-2000), Minister for Education, Europe and External Affairs (2000-2001) before becoming First Minister (2001-2007).  Following his departure from the office of First Minister, Lord McConnell was Prime Minister Gordon Brown’s Special Representative for Peace building from 2008 to 2010 and was introduced to membership of the House of Lords in 2010 as Lord McConnell of Glenscorrodale.

This lecture is part of a debate series held in advance of the May 2016 Scottish Elections.  The series is supported by the University of Stirling’s Stirling Fund and is hosted jointly by the Scottish Political Archive and the Students’ Union.

The Scottish Political Archive holds the Jack McConnell Archive.  Papers relate to all stages of his political career.  For further information please visit our website www.scottishpoliticalarchive.org.uk

For further information about the event series www.stirlingstudentsunion.com

Follow @Scotpolarchive
George Robertson discusses his experience of being a parliamentarian