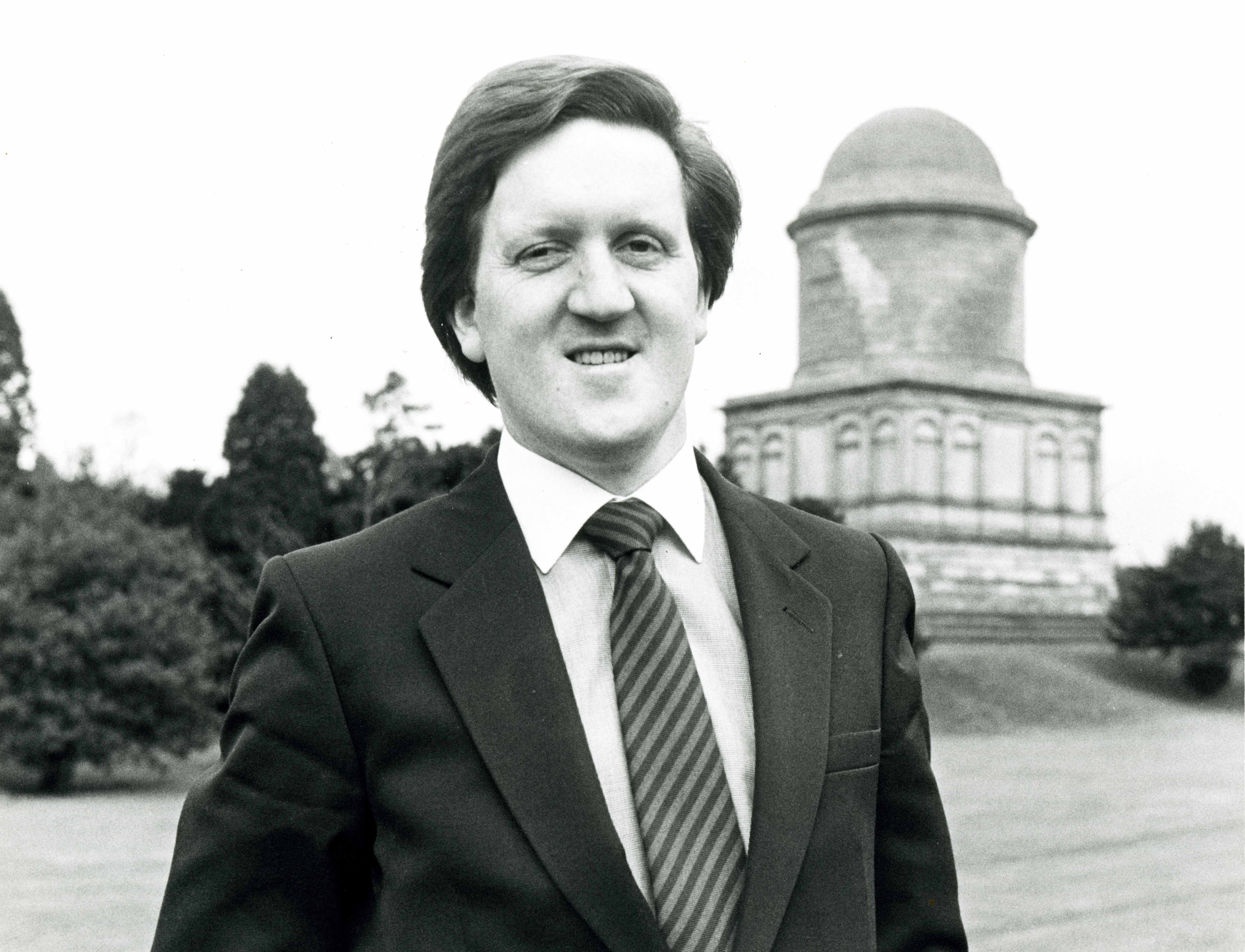 ‘I have been a Parliamentarian for over thirty seven years. That remarkable figure only came home to me a month ago when I was taking some visitors round Westminster. It’s a long, long time.

I went from a byelection rookie (and we are a special breed) to minor Ministerial status in six months and then to the opposition front bench after barely a year. I stayed there for the rest of my Commons career before ending up in the Lords. The period in between was filled with a surfeit of drama. I often felt I could be in a novel – but not a best seller.

Why are by-election winners special? because you come into the place in a blaze of glory, but the rocket turns into a stick very quickly indeed. And if like me you come in at the end of a Parliament when friendships are made, social circles cast in stone the glory fades and it can be very lonely.

Not only that but because of the now banished all night sessions one could come down to London in darkness late on Monday and return home on the sleeper on Thursday and see no daylight in between. And one product of a by-election frenzy is the accumulated commitments to a new constituency. So there goes the weekends.

Opposition is a dreary place to be. You keep going in the hope that it will end in power to do something but our wait was eighteen years so it was a hard slog. I was initially, before the Left decided I was not one of them, a spokesman on Scottish Affairs. That is Scottish local government, Scottish housing, Scottish agriculture and fisheries, Scottish transport, Scottish tourism, and a lot more. A never ending series of controversial issues and problems.

On top of that we had the first bite of devolution and its consequent legislation travelling like a constipated animal through day and night sessions. One highlight (there were few) was the spray of horse manure from the Public Gallery on to the green benches below. Tam Dalyell could not sit down on the Speaker’ instruction for good reason.

My life was also burdened by volunteering to run what would now be called the New Labour faction of the Parliamentary Party. Labour was involved in a civil war and the Manifesto Group campaigned for One-member-one-vote, for the expulsion of the entryist Militant Tendency, for the EU and multilateral disarmament. Could never happen again, eh?

The then General Secretary of the Fabian Society had been asked by a group studying (nothing is new) getting more women into Parliament. She, and she is now in the Lords, asked me to do diary of a two week period. It was rejected as being too fanciful and exaggerated and yet it was a faithful account of what I had done. Only wimps need sleep.

But the Left had its way and I was purged and the new Leader, Michael Foot, appointed me to the defence team, shadowing the Navy Minister. Soon afterwards he was sacked and his position abolished. Not long after that the whole Labour defence team was sacked for not being unilateralist. I was posted to Foreign Affairs under Dennis Healey. I was to stay there for a record eleven years. Working with Dennis was a unique experience. If you called his tiny office he would pretend, with real accuracy, to be a Chinese laundry. Disconcerting until you got used to the joke.

After the debacle of the 1983 election I was given the European portfolio. We had just fought, and decisively lost, the election on a host of self-destructive policies such as withdrawal from the EU without a referendum. Neil Kinnock said we had to change the policy but first we had to hide the issue. So successfully did I do that that I disappeared myself. I stood and failed a couple of times for the Shadow Cabinet. People like Brown and Blair were crowding the polls.

But the European issue was to be my salvation. After the Tories won the 1992 election again John Major’s government did what Labour is expert at. It split. Europe and the Maastricht Treaty shattered the Tory Party with one faction of 26 rebel MP’s at the end of a phone line to me, defeating their own government.

Eventually we devised a brilliant device for voting on the famous Social Chapter. Geoff Hoon and Stephen Byres helped and we invented the so-called Semtex Amendment. The rebels duly rebelled and the government was defeated for the first time in fourteen years. That ploy, so ingenious that I cannot remember what it was, was to secure me enough support to get elected to the Shadow Cabinet. I was given the post of Shadow Secretary of State for Scotland.

John Smith gave it to me saying “I know its the toughest xxxxxx job in politics – except for mine!’ And that was no joke. Four years hard labour after which every other job was a piece of cake.

Local government reform, councils in the spotlight, water privatisation resisted and and devolution again. The Scottish Constitutional Convention – a finely tuned torture machine produced a plan – and I had to sell it – in every detail to the Labour national leadership. Not a bit easy. We agreed a referendum to anchor the new Parliament and when we announced it the roof fell in.

Of course everyone now realises it was the finest anchor possible but then? Betrayal they shouted, turn coats they wailed, wreckers they accused. Not easy to be a political leader in Scotland. Just ask Jack, John Swinney, Jim Wallace, Henry and even Alex.

The move to the Ministry of Defence was almost a holiday after Scotland.

It came out of the blue. T Blair wanted Donald back in Scotland and he wanted someone strong and with an international profile in Defence. I could not complain.

It was a remarkable period. A thorough Defence Review which lasted eleven years. A weakening attack on Sadaam and the war in Kosovo with all the refugees home. Lots of events and some of the best people in the country working for you.

Then it was to NATO. A huge job making herding cats simple by comparison. Not just one Prime Minister to tangle with but nineteen. Presidents (and newly appointed Putin) and Prime Ministers to negotiate with. Nine eleven and Article 5, an almost civil war in Macedonia, the Afghanistan campaign and the Iraq War playing in our back channels as well. A million kilometres by air, a dozen agreements, several Summits and an endless supply of trouble. Distant days from my far from distinguished school army cadet days.

And now the Lords. An anachronism which survives and works. It should not exist in this day and age but until the Commons gets the courage to change it or abolish it, then it will continue. I have voted for every reform package and would vote for abolition but in the meantime it is the only delaying, think again brake in our system. I attend, occasionally speak, watch and listen. I am not, and won’t be, on the front bench.

I remember my long days, the hours of preparation, the scant notice taken. I watch my friend Dianne Hayter (Baroness Hayter!) performing superbly at the dispatch box and I recall that she was the Fabian General Secretary who told me her colleagues did not believe the work done in opposition. They know now.’

George Islay MacNeill Robertson was first elected as MP for Hamilton in the May 1978 by-election and held this seat until 1999. During his time in Parliament he was appointed an Opposition Spokesman in 1979, first on Scottish Affairs, then on Defence, and on Foreign Affairs from 1982 to 1993. He became Chief Spokesman on Europe in 1983. He also served as the principal Opposition Spokesman on Scotland in the Shadow Cabinet from 1993-1997. After Labour’s victory in the 1997 General Election, he was appointed as Defence Secretary of the United Kingdom, a position he held until October 1999. Between 1999 and 2004 he was appointed Secretary General of NATO. He was also raised to the peerage as Baron Robertson of Port Ellen, of Islay in Argyll and Bute in 1999.