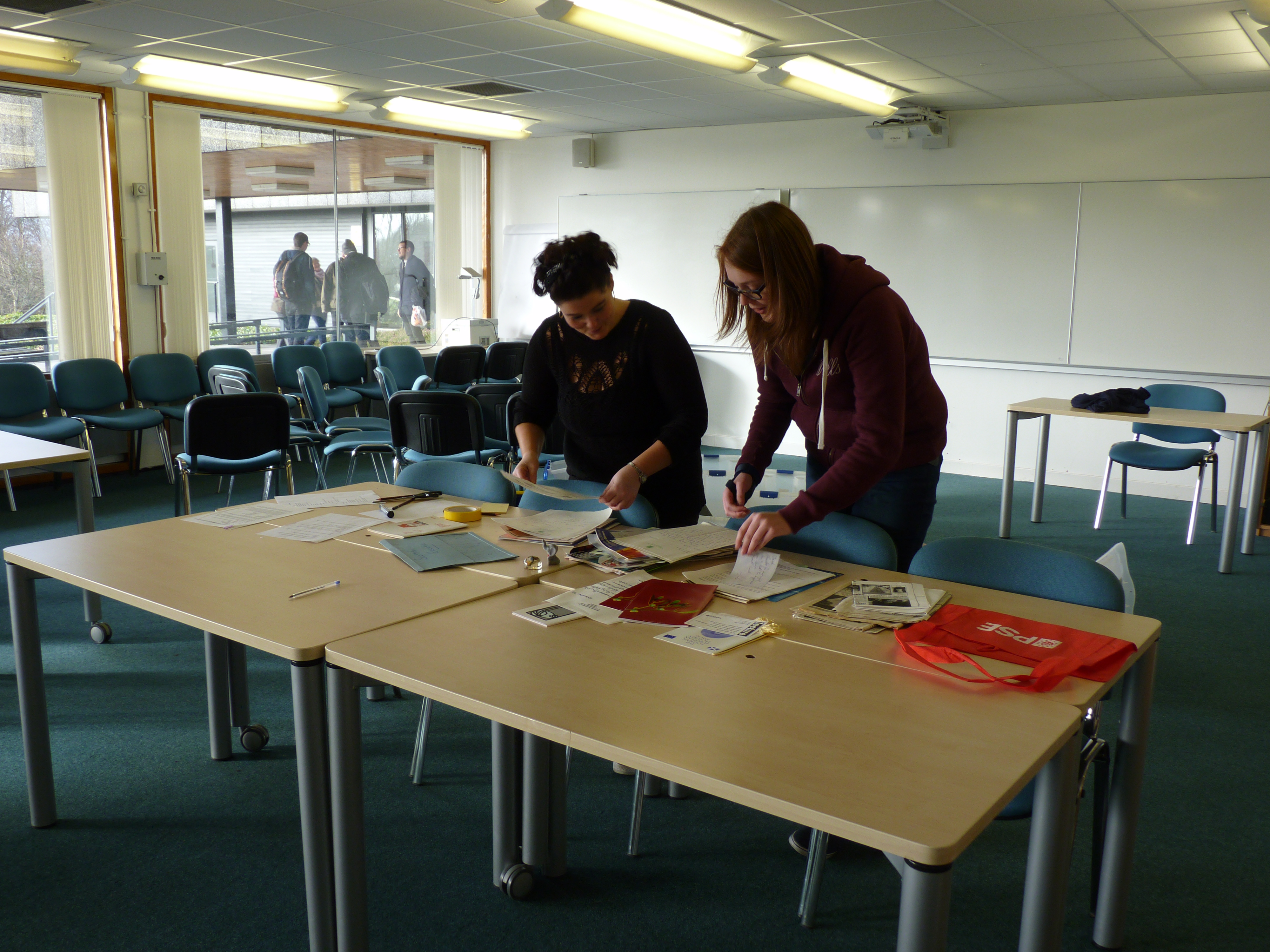 Over the last two years the archive has actively developed a 2014 Independence Referendum Collection to complement existing material held in the archive relating to the 1979 and 1997 devolution referendums. We have had lots of help from many people attending campaign events, taking photographs and collecting campaign materials produced by the individual groups and political parties to record the grassroots referendum campaign throughout Scotland.

Our student interns have been an invaluable help in trying to collect as much as humanly possible. They have tirelessly travelled round the country attending events in the months preceding the referendum and were also at many of the counts on referendum night. We asked one of our interns Rebecca (pictured above attending a referendum event for the archive) about her experience of volunteering for us throughout the referendum campaign and she said:

‘I have been volunteering with the Scottish Political Archive for two years, and it has been amazing. The archive has provided me with so many opportunities as well as equipping me with new skills and abilities which have been beneficial both to earning my undergraduate BA, my postgraduate MSc and to finding employment post university. While working with the archive on their referendum collection I have been given the opportunity to benefit from some of the most vibrant political debate in Britain, enhancing my understanding of the political landscape in Scotland and allowing me to make contacts and attend events I would otherwise have never been able to attend. The networks of people I have engaged with as a direct result of my involvement with the archive and the ability to fully consider and understand the material I have collected is something which I feel I have only grasped in such depth because of the opportunities being a volunteer for the archive has given me. In short it has been a truly fantastic two years, and something which I hope to continue!’

The 2014 Independence Referendum Collection now numbers over 2,000 images and also includes leaflets, badges, banners and assorted ephemeral material. This collection will be stored permanently as part of the Scottish Political Archive made available physically at the University of Stirling and virtually as a digital resource online.