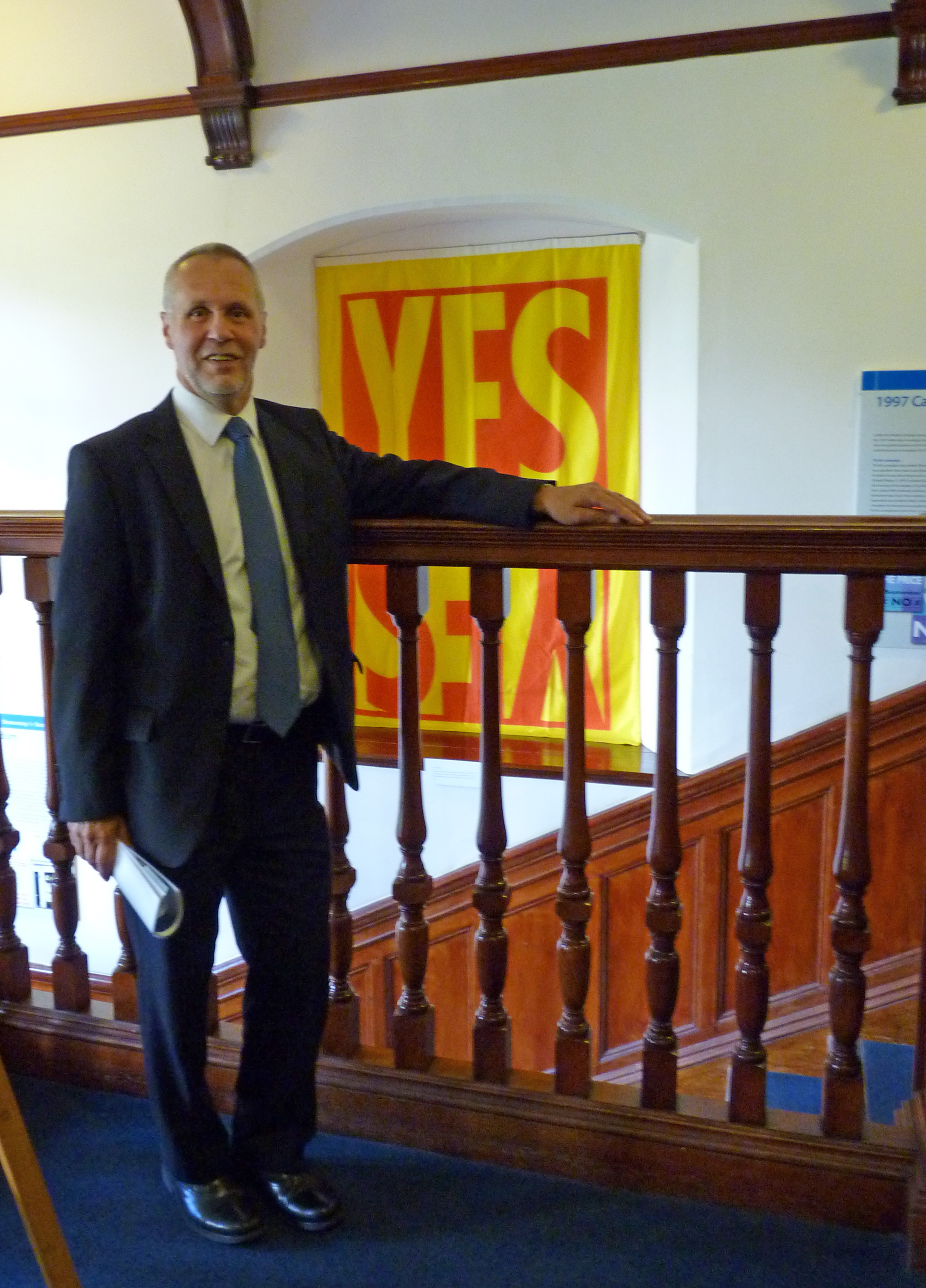 Russell Brown, MP for Dumfries and Galloway, relaunched the Democracy for Scotland exhibition at the University of Glasgow, Dumfries Campus last Friday.  The exhibition Democracy for Scotland focuses on the campaign for a Scottish Parliament in the second half of the twentieth century. In particular it chronicles the history behind the two devolution referendums of 1979 and 1997 and explores the nature of the Yes and No campaigns for both referendums, their results and the re-establishment of a Scottish Parliament.

The exhibition features referendum campaign materials including leaflets, pamphlets, posters and badges deriving from all the major political parties and umbrella groups. It also offers visitors the opportunity to hear the voices of politicians and campaigners discussing their experiences of the referendums of ’79 and ‘97, the intervening period and the establishment of a Scottish Parliament.
The exhibition will be on display at the Rutherford / McCowan Building until 16th November.  For further details please visit the SPA website.
http://www.scottishpoliticalarchive.org.uk/wp-content/uploads/2017/02/spalogocmykpaths-290x300.png 0 0 SPA_admin http://www.scottishpoliticalarchive.org.uk/wp-content/uploads/2017/02/spalogocmykpaths-290x300.png SPA_admin2012-09-24 08:38:202012-09-24 08:38:20Democracy for Scotland exhibition relaunches in Dumfries