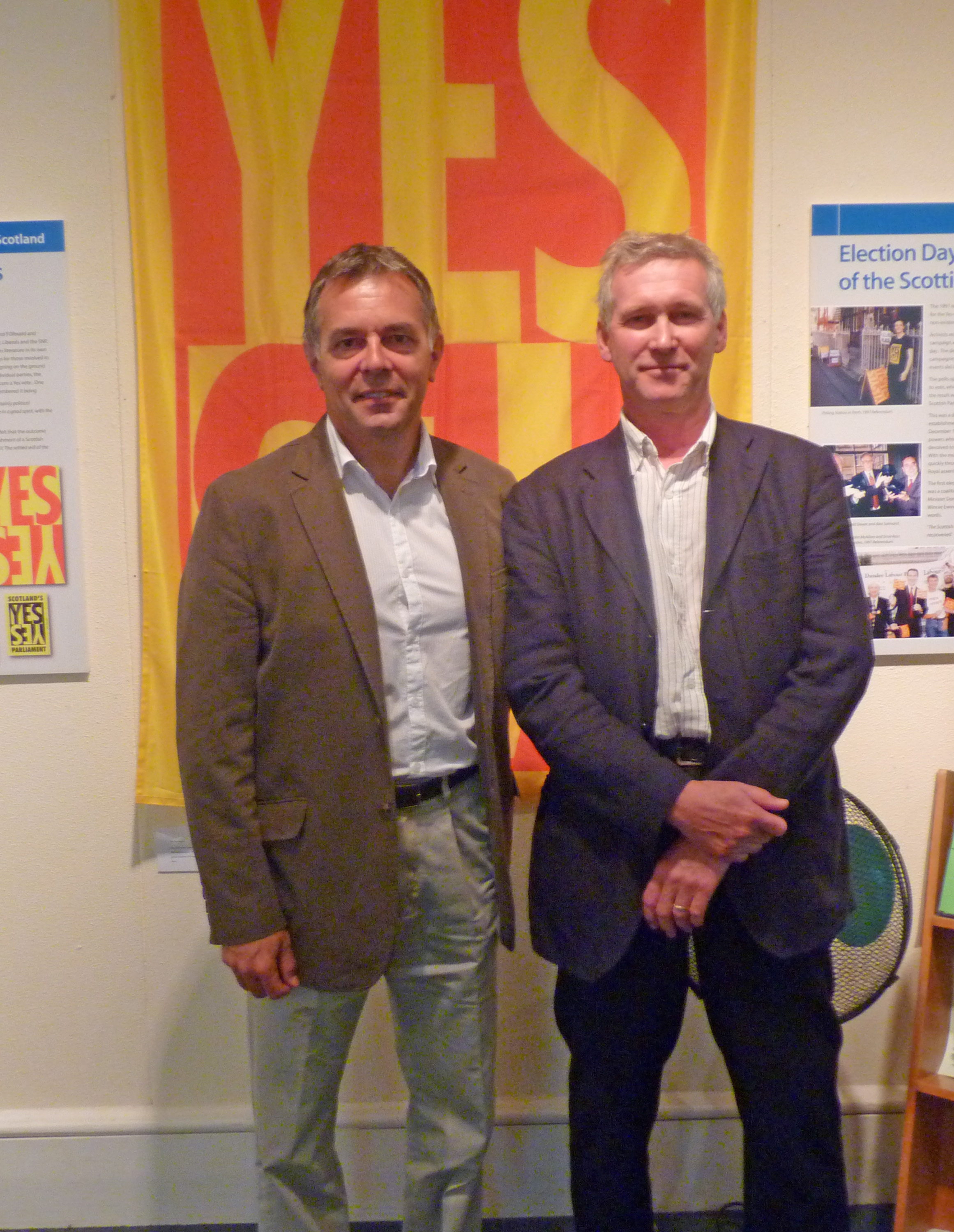 In the last of the Democracy for Scotland seminars Kevin Dunion (pictured above with SPA Director Jim Smyth) spoke at the Stirling Smith today.  In his talk Radical Scotland: the making of a magazine he discussed the practicalities of starting up and producing the magazine and the wider aims of the Radical Scotland team in terms of progressing a political agenda.

Follow @Scotpolarchive
Last chance to see the Democracy for Scotland exhibition at the Stirling Sm... SPA talk at Lauriston Castle
Scroll to top