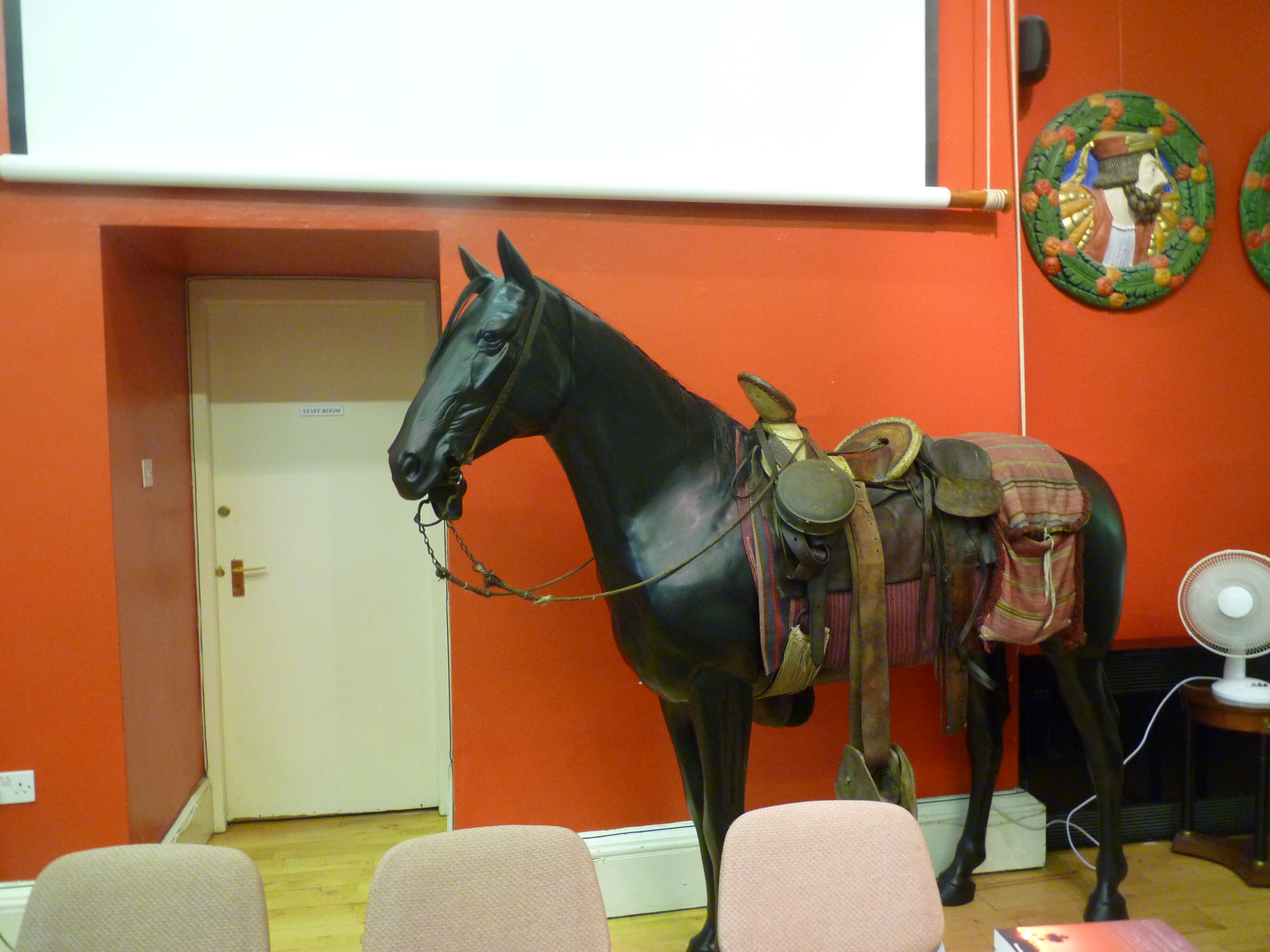 In the fourth of the Democracy for Scotland Seminar Series Stan Bell, John McIntyre and Willie Thom spoke at the Stirling Smith today.

The talk was part of the celebrations of the 160th birthday of Cunninghame Graham, who first proposed the establishment of a Scottish Parliament in 1888. They discussed the life of this famous author, traveller, horseman, patriotic Scot and Citizen of the world who died in Argentina and is buried at Inchmaholm. Prominently featured was one of the Smith’s permanent exhibits Cunninghame Graham’s horse Pampa.

A sound recording will be available on the SPA website soon.