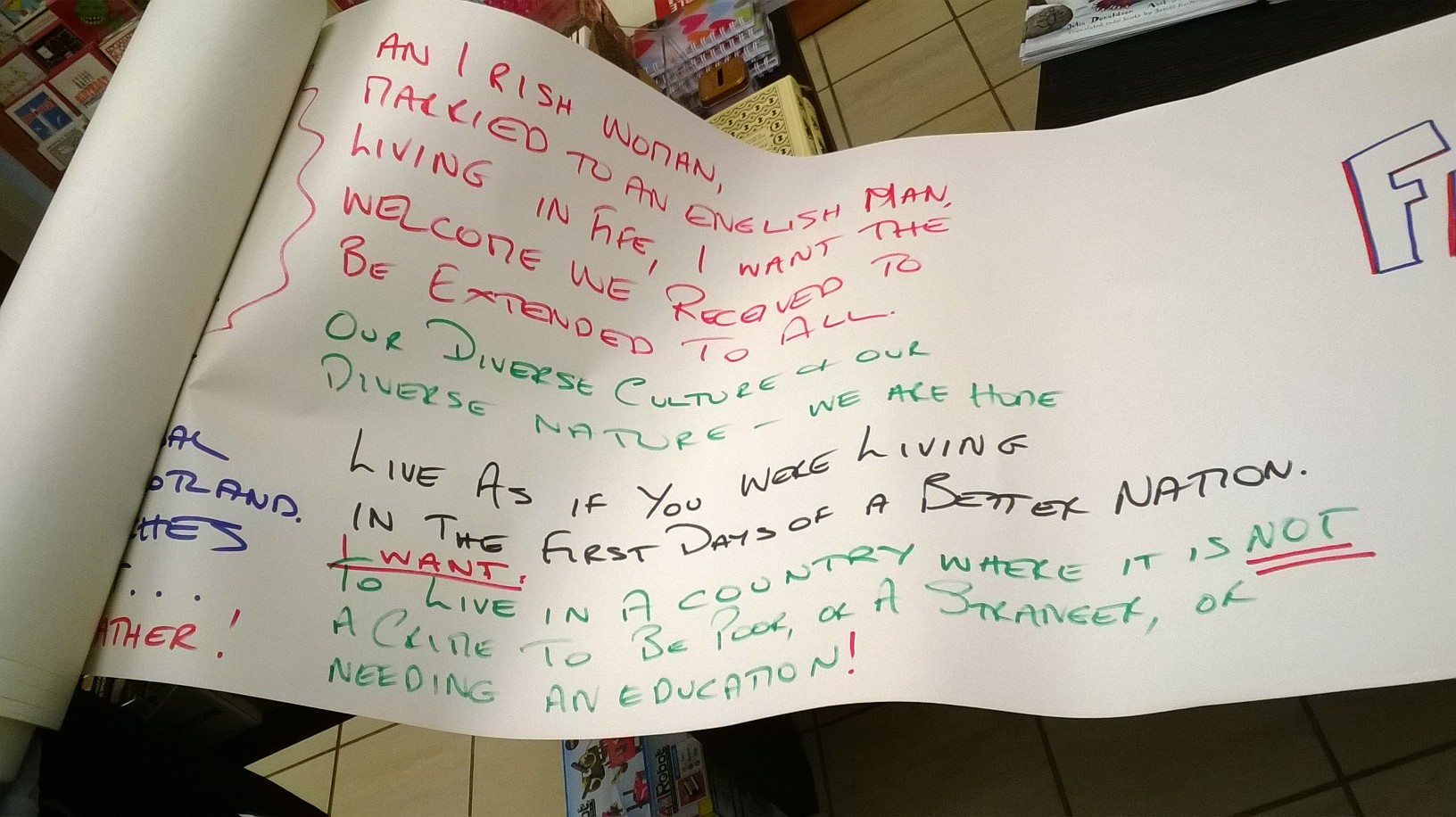 Because of the Bus Party, I’ve been spending a lot of time with Günter Grass. I’ve been reading his varied works or reading about his life and literature. I took him on holiday and have been reading him at work, at home, on trains and aeroplanes (and on the bus). I even took him to the pub one evening – he’d probably have liked that, as there was beer, football and political conversation. I’ve been searching out his books where I can and I suspect this may all result in a slight royalties boom for the Grass estate.

And, I’m not just reading Grass, I am also permanently consulting a map to search out the locations of his life and work, which stretch out across several countries – one of which no longer exists (the DDR – German Democratic Republic).

I’ve spent time finding his holiday home in Portugal, places he has lived in Germany, where he served in the army (and was wounded), places he has given talks and speeches and received awards, the various towns and cities in his literature, the locations of his political tours in 1965 and 1969 (Dinslaken, Kleve, Castrop-Rauxel, anyone?) or the town he was born in, the Free City of Danzig and its environs and the location of the Kashubian minority in the area (some of which proved hard to locate due to language change). It’s all a geographical puzzle to provide context for his writing and role as a political campaigner – and some clues as to the role of the artist in politics, especially when the author was not actually able to vote at the 1965 election because he lived in West Berlin.

The reason for all of this book and map-reading is simple – Grass formed the original Bus Party in West Germany for the 1965 Federal election. He was the inspiration for what Scotland’s Bus Party did in 1997 and 2014. With other artists and writers, Grass took the road less travelled around smaller cities and towns to speak about the election and to promote the centre-left Social Democrats – the SPD – and also his friend, Willy Brandt, to become the new Chancellor. He spoke at meetings, gave readings and made speeches in 52 halls and market squares – sometimes 4 in a day – to connect with as many sympathetic voters as possible. Electorally, it didn’t really work – the SPD gained 14 seats and increased its share of the vote, but the Christian Democrats remained strong and the governing coalition with the Liberal FDP continued for a time after the election. Four year later, Grass was to do it all again and more, with the result that Brandt came to power as the SPD won an election for the first time in the post-war period.

Installation of the Bus Party Exhibition at Lochgelly
Scroll to top